We have visited some Castles here in Scotland which we would like to show you :

The first is Craigievar Castle (Forbes Family), Aberdeenshire. The castle was built in about 1580 with the top part, above the corbelled section built around 1627. 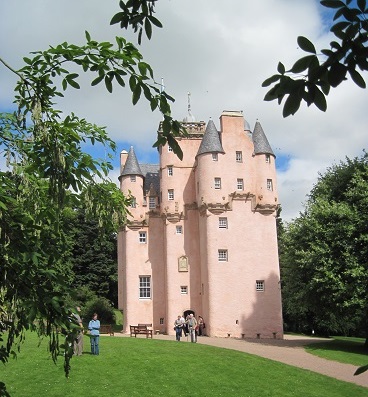 A view of the Aberdeenshire countryside from Craigievar Castle. 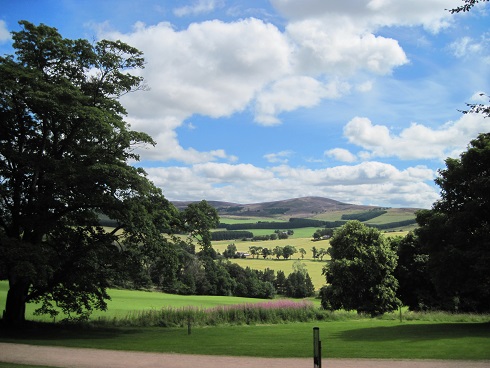 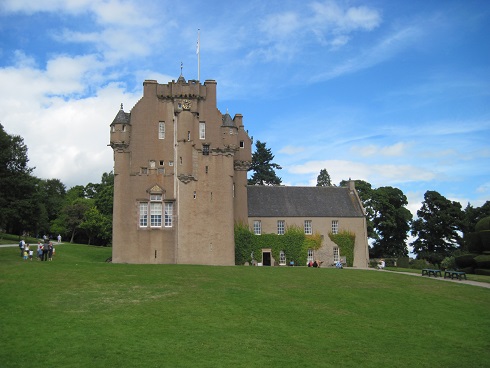 View from the castle onto the amazing Yew Hedge planted in 1720. Behind the hedge is the spectacular garden organised into different "Rooms" and themes. Some of which are shown below : 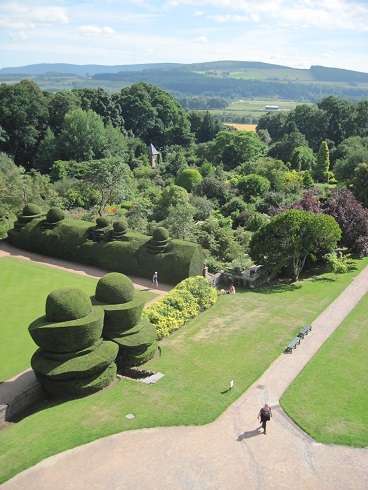 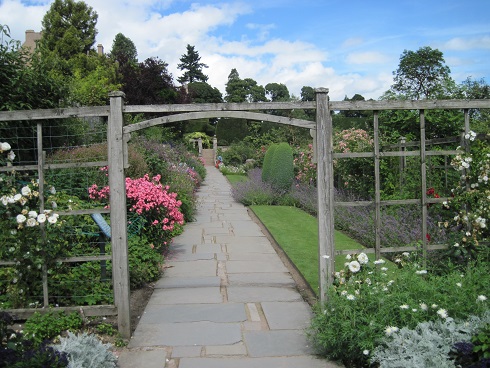 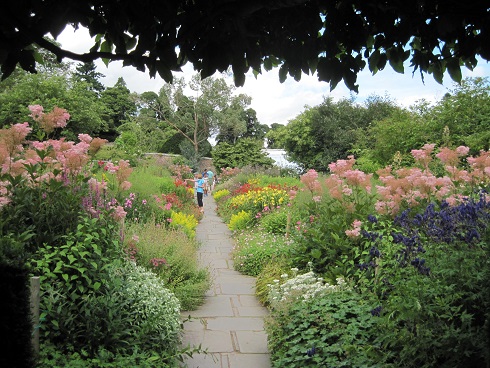 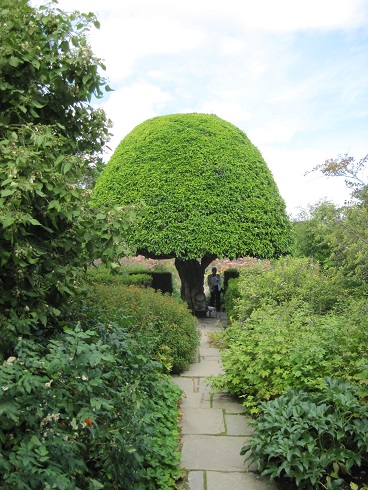 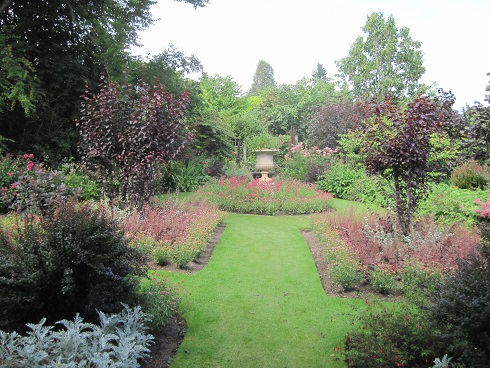 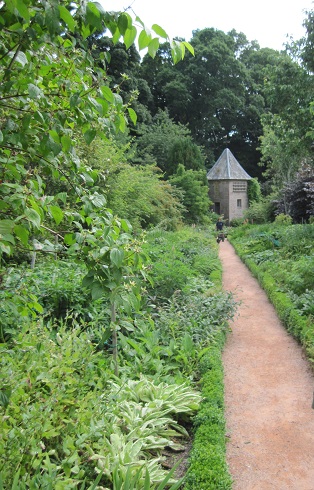 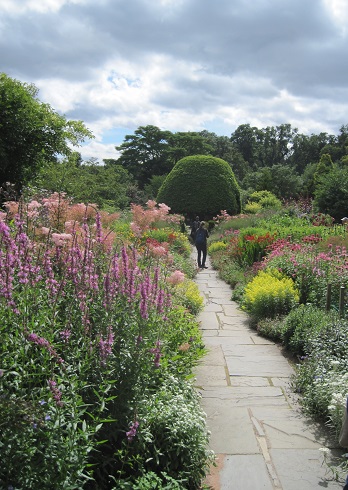 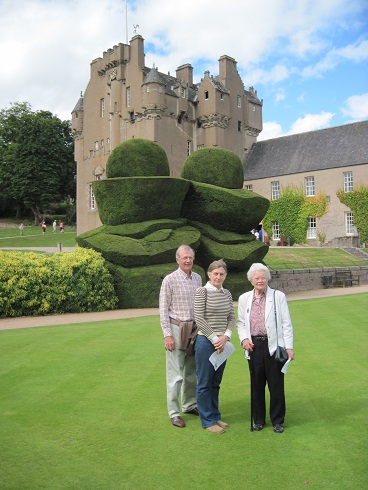 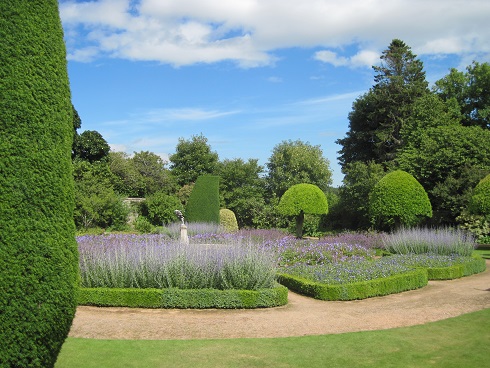 Spynie Palace was the Seat of the Bishop of Moray and was used by succeeding Bishops for 500 years. it is just outside Elgin. Built in the 12th Century 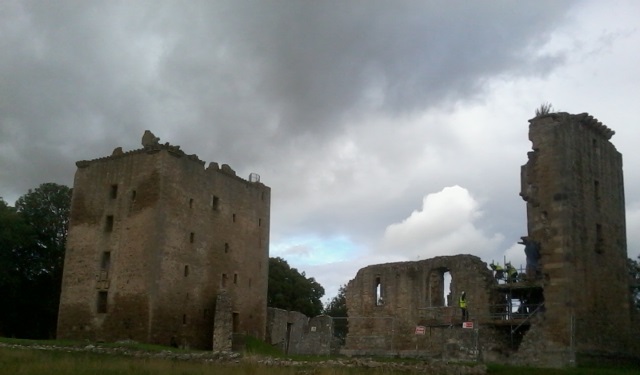 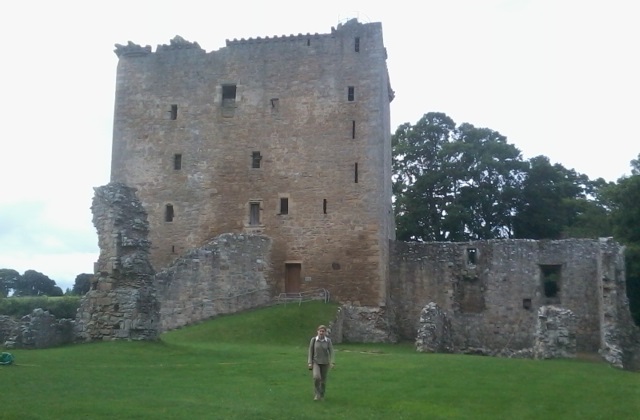 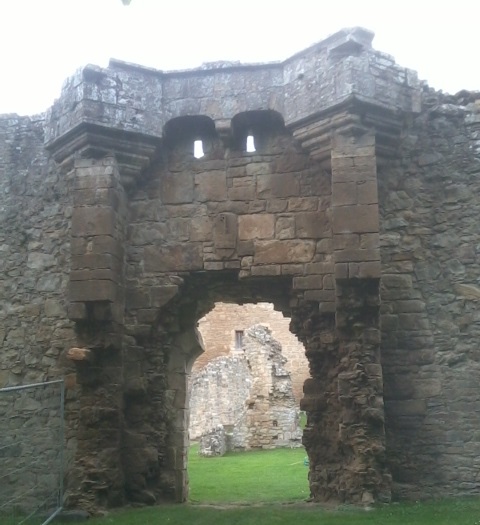 This is a reconstruction how it looked 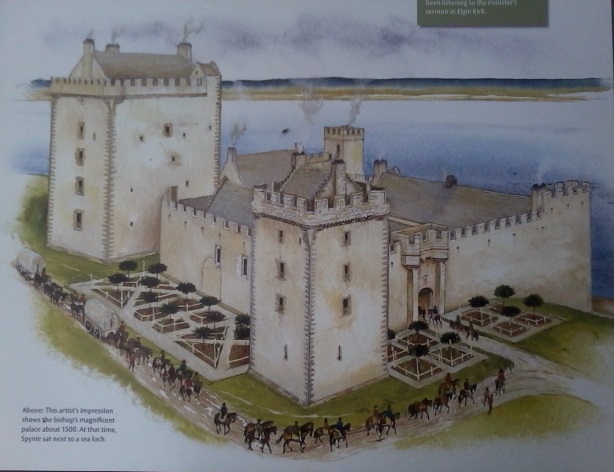 I went down to Yorkshire to attend the Funeral of my Uncle and took the opportunity to visit the Yorkshire Dales and to visit the most famous Parsonage in the world. 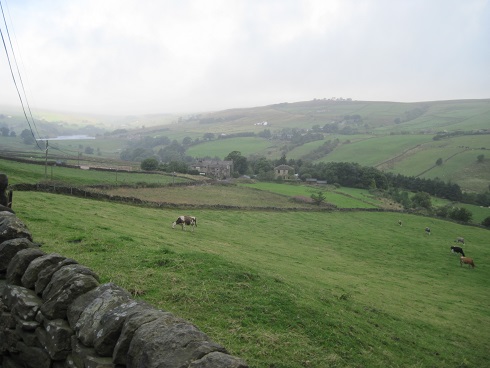 The cobbled street leading up to the Parsonage. It is very 'touristy' with masses of people. 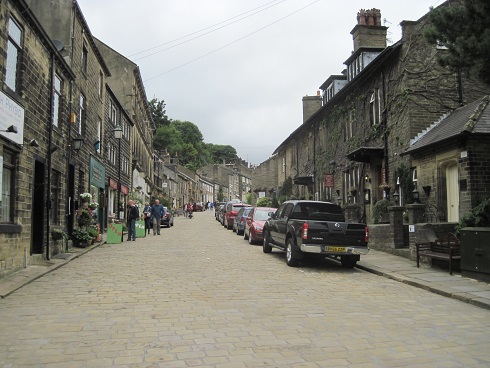 The Bronte' Parsonage. Home to Revd. Bronte's and his 3 surviving Daughters 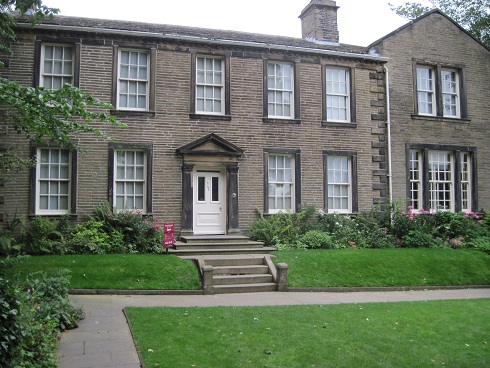 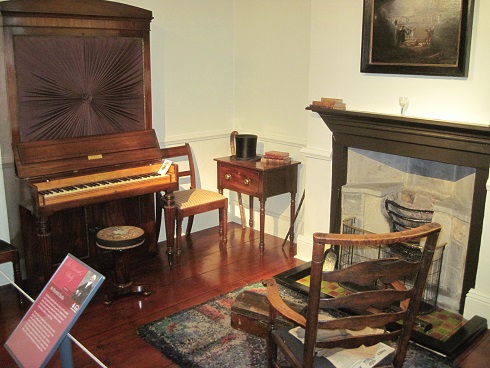 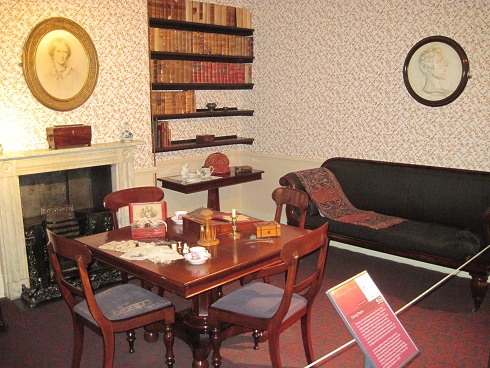 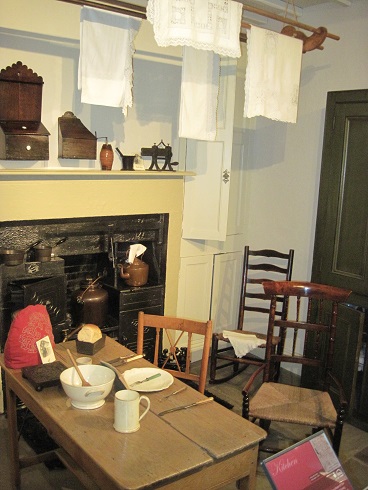 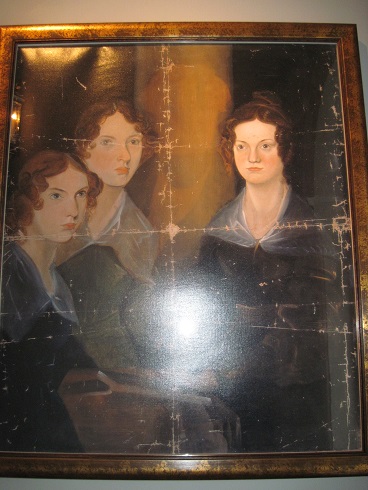 Paula is the proud owner of Ollie and Titch (Titch is a massive 17.1 Hands high). They have been bosom buddies and used to live on the coast in Banff. They are both 19 years old. Happiness. 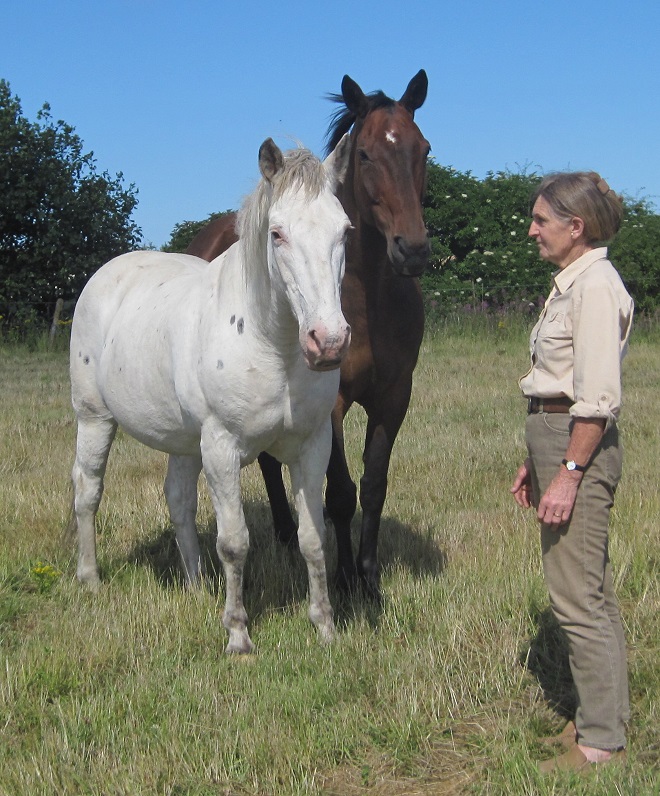 The neighbouring Farmer is busy harvesting an excellent crop of Barley. Only the best Barley goes into Whisky. This Summer was a bountiful one - the best in 10 years, we are told. Glorious.

The local Church, St Margaret of Scotland, Aberlour was bedecked for a (rare) Wedding recently. 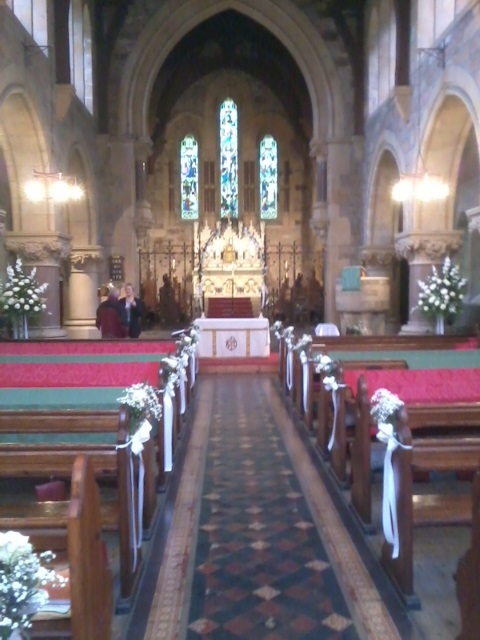 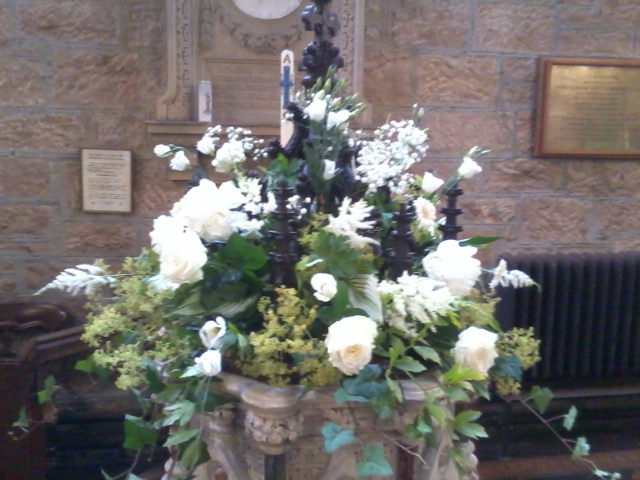 Posted by Christopher Peel at 13:31 No comments: